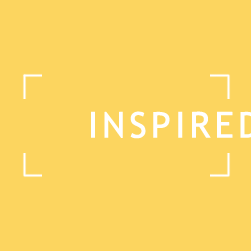 Bill was on the path to discovering his career.
In that pursuit he had read several dozen books on ‘inspiration’ and ‘how to win’ this, that and the other.
Yet he felt something lacking, something missing. He talked over this with Alex.

Alex: What happens when you read an ‘inspiring’ story?
Bill: I feel like becoming the hero of the story.
Alex: Isn’t that imitation? Look how many around you are behaving as their favourite film stars, calling it their 'own' style. You are living like a 'revised version' of your ‘hero’. And you write 'your' story on becoming successful. Then some other chap reads your story and imitates you.
Bill: Doesn't inspiration work, ever?
Alex: Yes, it does when it ignites the potential in you. It goes waste if it puts you to sleep. Then you hover from one ‘inspiring’ story to other.
Bill: How can I become ‘successful’ without being inspired?
Alex: Telling you the ‘how’ are instructions for imitation. You can find the best answer yourself without the imitation-inspiration pill.