The Man who Finished Everything 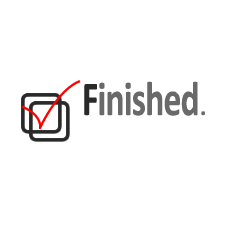 It is long time ahead in the future…

Ordinary man and Common man are having a heart-to-heart.

When I was born,
I was bubbling with happiness. Everyone around seemed happy too.
Time passed by and now everyone wanted me to start schooling - “Enough of childhood” they said.
It was fun in the beginning. Later it became a daily boring task.

Now they really wanted to finish my schooling - I was being told everyday that I was a grown up.
Higher education began in a college. I don’t know why, but they thought I was intelligent when I scored well in a science and technology subject. I found the subject genuinely interesting.

Later I found out the reason: being skilled in this subject could get you a better paying job in those times.
Days passed by and now everyone around wanted me to get a job. My father, although he didn't seem happy about it, proudly said that he wanted me to start working - he had started working at 18.

I knew money would help me satisfy our needs. Only if I had said that I could do better than working in a cubicle and after a while in a grand cubicle dubbed ‘personal cabin’…
Finally I found a job.

Now everyone seemed worried again: I was supposed to marry and raise a family…
It has been twenty five years now and my children seem happier than I was. There’s only one significant thing I have done in my life.

Common man: What is it?

Ordinary man: I let them walk their way, let them stumble and only coming in when they needed my help.
Only if people around me had seen that finishing everything doesn't work, I would have lived better.

Ordinary man: No. I spend my remaining life telling people not to be focused on finishing everything. It we can do everything well, it will be complete.