The Power of Unlearning 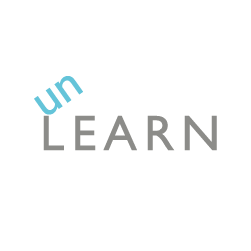 Wi-Fri: How do you learn a subject at school?

I-Fri:  We relate words with a happening or an event in order to understand it.

I-Fri:  Sugar tastes sweet, chilly tastes pungent, the Sun rises and sets. Later we do this with more complicated terms like gravity and so on.

Wi-Fri: Does everybody “understand” it? Not remember the words, like the computer does, I mean “really” understand?

Wi-Fri: What makes you say that?


I-Fri: Because I have met people who have “learnt” a lot and don’t know what to do with it.

I-Fri: We appear for exams, pass and go to the next academic year. These days they don’t fail the students in the formative years.

Wi-Fri: So, every year many students go from one class to the other, collecting word after word, replacing one word by more words?

I-Fri: Yes! This is what most of us are really doing! Wait a minute, this is quite unsettling.

Wi-Fri: So, you do not question what you have learnt! How many teachers tell you to do it?

I-Fri: I don’t think even a few. But with so many students in a class and the syllabus to be completed it seems impossible to me.

Wi-Fri: After about 15 years of such “education”, what does a “student” become?

I-Fri: A mere bundle of words with a degree and probably, a job. You mean to say we become well organized dictionaries? Can something be done about this?

Wi-Fri: It is clear that a teacher can’t go to every student and explain this. The teacher can teach them to unlearn.

Wi-Fri: It is the process of questioning our knowledge - what is already learnt.

I-Fri: What happens when I do it?

Wi-Fri: The web of words, we have built over the years, disintegrates and the real meaning is seen. This is the power of unlearning.

I-Fri:  If I go on questioning my knowledge, I will be left with no words. How do I express the meaning without the words?

Wi-Fri: Although this may seem farfetched, you can! You can communicate it only to a person who has questioned his own knowledge. Don’t two closely associated people understand something, in an instant, without uttering a single word?

I-Fri: Yes I have seen it happen. Then what is the role of all these words?

Wi-Fri: They act as a marker, a pointer to something we have understood. But, we collect pointers all the time without seeing where they point.

I-Fri: If I can get a degree and a job without understanding “meaning” of anything, what is the use of this “unlearning”?

Wi-Fri: Express something in words and the meaning is covered under an ever-growing heap of words.

When you unlearn, you “discover” the meaning. Your job will feed and clothe you.
That is a basic necessity.

The “meaning” will nourish you.