Two Fishes in a Puddle 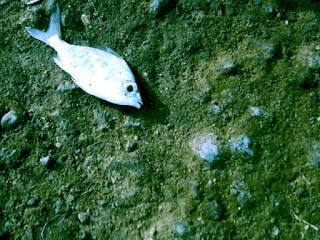 Two tiny red fishes were staying in a puddle.
It was a big big world for them.

To one, it seemed that the puddle is all there is. It was quite satisfied and felt settled in there.
But the other was endlessly restless. He grew tired of it in a few days and was longing to see if there’s anything more than this puddle.

One fine morning,
due to a sudden heavy downpour, the restless fish was washed away into a river.
His friend found another big puddle.

The first one thought: “Thank Fish, I'm safe .”
The other discovered a new world.