An excerpt from The Last Nomad

Festivals transformed Shantinagar although only for some days. Be it Onam, Pongal, Eid or Diwali, all the residents of Shantinagar enjoyed every bit of it. These were the only moments they could escape into a world more colourful than the one they were surviving in. Stronger than the uniting power of religious diversity and brotherhood, as many assumed, it was the struggle for basic necessities which held all the residents together.
It was the night before Ganesh Chaturthi. The air was already enchanting crimson with gulaal. Popular film tunes were being rehearsed by the banjo party and the pandal was all set, ready for Shantinagar ka Raja’s arrival, early next morning.
Laxmi’s mother had come home for the delivery which was expected a week later. Close to midnight, when it started raining heavily, Laxmi’s convulsions and moaning woke up her mother and Shankar, who were sleeping down on the floor beside her cot. The only option was to immediately admit her to the municipal maternity hospital situated at the other end of Shantinagar. With no other means of transport available, one of the neighbours immediately made available a plastic-covered handcart, which had just brought in the Ganpati idol at his home. With the neighbour’s help, Shankar finally managed to drive the cart to the hospital.


The following morning, on 25 September 1985, at forty five minutes past six, Rahul Shankar Gite, another descendent of Adam and Eve, arrived in this world to discover and bear the struggle of his share. 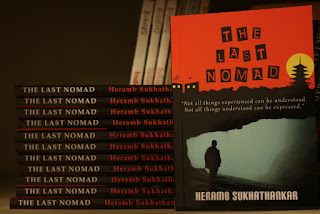 Here's what readers think about this book: the journey continues.