Story | Behind the Name 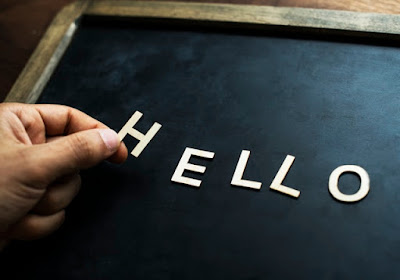 The street was barren except for a fat dog sleeping under a neem tree. Jatin went ahead and kicked the dog hard, causing it to whine and scoot. He clapped his hands with a hysterical laughter and sat down in shade.

Jatin couldn’t believe what had happened to his life. The series of events that had taken place in the last one year were far from what anyone could’ve wildly imagined: his two-year old daughter, Shipra, wife, Janhavi and younger brother, Shantanu were buried alive as their four-storey apartment vanished into plain dust. Love, dreams and hope left him once and for all.

All that was left for Jatin in the rubble, apart from the crumbled bodies of his loved ones, was his horoscope, old but intact. Out of nowhere, he could hear his mother’s voice speaking in her usual commanding tone, “I’m warning you one more time, don’t marry this girl. She’ll attract misfortune upon all of us. Don’t you know that the astrologer has strictly said not to marry a girl with name starting from J? And why can’t she change her name? What kind of a rebellion is this? I don’t understand why you had to fall in love with this girl.”

Jatin slid the horoscope inside his pocket and walked away from the land upon which death had descended with a full blow.

Stretching his legs on the pavement, Jatin strongly puffed on a bidi. After a leisurely smoke time, he crossed the road and picked up a copy of the local newspaper dropped from the distribution tempo while unloading the stack, early in the morning.

Resting on the public bench after a walk around the deserted public park, he scratched his stunted beard much to the disgust of the old lady next to him. Wary of his smirk, the lady got up, picked up her dog’s poop and walked away. He shifted to the middle and sat crossing one leg over the other as if he owned the bench.

Hurriedly turning the pages, Jatin was watching the passersby with utmost scrutiny, especially the belongings in their hands. His ears were cautiously listening to the policeman’s wooden baton as it went by, this time without recognising him. Trying to pacify his breath, he wiped the sweat beads from his forehead.

“I found you,” he said on finally seeing the advertisement. “Ms. Jenny Punjabi, beautiful and fitness conscious Widow, 48/5'8", looks 40, multimillionaire, having a well-settled business in Mumbai, seeks a handsome and cultured life partner. Kindly send details, with recent photograph to...” he read aloud and laughed but stopped immediately to listen to the policeman’s baton. Realising that it wasn’t around anymore, he carefully noted down the prospect bride’s address in his dog-eared diary. “See you in the evening, Jenny,” Jatin mumbled, trying to find another bidi in the jacket.

“Two down in three months and they don’t yet have a clue. What are the police doing?” said one, carefully dipping a glucose biscuit in the tea.

“Their search is on, as usual. By the way, did you notice both the victims had names starting with J, Jenny and Janaki, and they were prospective brides?” said a fellow tea addict, opening the newspaper.
“Mr. Sherlock, if you are done with your theories, I can see my bus approaching. See you in the club house,” said the first one, running towards the bus stop.

Jatin lingered a bit longer with his empty glass, overhearing other conversations. Since the last few weeks, his only source of information was these informal chats around the city. The police informers were sniffing for even the tiniest bit of oddity on the streets. Although Jatin was dressed like a gentleman today, he wondered how long he could live in disguise.

“Do you know what the police found forced into the victims’ mouth? It’s a torn paper from an old horoscope,” remarked another citizen-turned-detective. Feeling uneasy, Jatin walked away as he no longer wanted to hear the conversation. Few more pages to go, he thought, feeling the horoscope inside his jacket.

He is looking for a girl, who does not know he exists, or the story that has brought him here. He has no reasons to be discreet but still he has to be careful. He is standing near the doorway and surveying the golden banquet hall, which is filled with refined bodies in saris and jackets, and beautiful young women with straight hair who never make facial expressions. But they will, soon. Any moment now.

“What goes around comes around. I can’t let another Jatin suffer. It isn’t too late. Jasmit, you must...” mumbling thus he collapsed near the doorway, writhing in pain and holding his head. No one had the time to notice him as everyone rushed out to welcome the groom’s procession. The happy drummer toy, on the pavement, continued to vigorously play the drum while the springhead bride continued to wobble.